The ABC’s of Baby Brain Development

During the first year of life, your infant’s brain size will double. Study up on these facts so you can foster curiosity in your future student.

A is for attention
New research into how babies learn reveals that the everyday, loving interaction with caregivers is what matters most. The best thing you can do for your baby’s growing brain is to respond to him, says Claire Lerner, L.C.S.W., director of parenting resources at Zero to Three, in Washington, D.C. Let him know that when he cries, you will comfort him; when he’s ready to play, you will engage him.

B is for breast milk
It’s powerful stuff. Brain imaging studies by researchers at Brown University in Providence, Rhode Island, have found that kids who were breastfed exclusively for at least three months had 20 to 30 percent more white matter. This specific type of brain tissue is rich in myelin, a fatty substance that insulates nerve fibers and speeds up the electrical signals within the brain. The extra white matter growth was seen in areas of the brain associated with language, emotional function, and cognition.

C is for calming
“During your infant’s first three months of life, helping him feel secure calms the brain,” says Lerner, whose national nonprofit organization promotes early childhood development. If your baby is fussy, your touch and nurturing response help soothe his nervous system and prevent the stress hormone cortisol from interfering with development. Even if your infant continues to cry, your efforts ensure healthy brain growth.

D is for doubling
Your baby’s brain doubles in size the first year; the cerebellum, an area at the back of the brain that controls coordination and balance, triples in size. This is believed to be related to the amount of new motor skills babies learn from birth to 12 months. The visual areas of the cortex–the largest part of the brain, associated with higher brain function–grow too and help limited sight develop into full binocular vision at around 4 months.

E is for eye contact
It creates a strong emotional bond between you and your newborn that sets him up to absorb information. “Sharing looks can help your baby learn language and also, more generally, about others’ attitudes about the world,” says Malinda Carpenter, Ph.D., a developmental psychologist who is conducting research at the Max Planck Institute in Leipzig, Germany.

F is for focus
When your infant explores a toy or book, she’s learning. “Her brain is trying to make sense of what she sees, hears, feels, and tastes,” says Lerner. “For a 3-month-old, focusing on an object for 10 or 15 seconds is intense; it’s similar to an adult concentrating on a task for an hour

G is for grouping
“Babies are aware of quantity and amount and are already mentally grouping things into categories by 10 or 11 months of age,” says Kathy Hirsh-Pasek, Ph.D., director of the Infant Language Laboratory at Temple University in Philadelphia. “They’re not mathematicians, but they know when there’s more or less stuff. Biology’s made them great pattern seekers.” During playtime, sort the red blocks from the yellow ones or the big ones from the small ones.

H is for hearing
At birth, your baby recognizes your voice because she could hear you in the womb. “Sound provides major sensory input; babies use it to suss out who’s coming down the hall, or who is rocking them,” Lerner says. “They even process the tone of the voice they hear–is the voice happy or upset? One recent study showed that even sleeping babies’ cortisol levels went up if adults nearby spoke in harsh raised voices.”

I is for iron
Infants need iron to produce oxygen-carrying red blood cells, which help fuel brain growth. Formula-fed babies may get enough from iron-fortified formula, but if you’re nursing, your little one may need an iron supplement. Babies born early may require extra iron too. Ask your pediatrician.

J is for jiggle
When you jostle and jiggle your baby on your lap to make her coo, you’re also stimulating her brain to release hormones that are necessary for growth. In one study, premature infants in intensive care who were stroked and had their limbs flexed for 15 minutes, three times a day, went home sooner, were more alert, and had better motor control than the newborns who were touched less.

K is for kicking
Babies do a lot of communicating with their body. Let’s say you’re making funny faces and your little one is loving it. Then you stop. “She may kick her legs, reach out with her arms, or lean forward as if to say, ‘I want you to keep doing that,'” says Lerner. When you do so, these reflexive actions start to become purposeful, and Baby has learned to “talk” with her hands and feet.

L is for looking
Starting at about 6 weeks, babies learn by looking, report researchers from the University of Iowa, in Iowa City. In their study, they found that infants looked longer at a new object when it was shown to them for the first time, then paid less and less attention to it as the object became more familiar. Don’t switch out toys and books too quickly, though: The researchers also found that infants who don’t spend a sufficient amount of time studying a new item don’t catch on as well, which may affect learning later.

M is for music
If you want to sign up for a mommy-and-me class, choose an interactive music one. One-year-olds who did participatory music classes–the kind where you and your tot bang on instruments and sing along–communicate better, smile more, and show earlier and more sophisticated brain responses to music than those who simply listened to songs, a Canadian study finds.

O is for feeling overwhelmed
Like adults, babies have different tolerance levels for stimulation. If your child starts to cry, arch his back, or break eye contact, try a simpler toy, shut off the music, or walk away from a noisy area. “When a child’s developing nervous system becomes overwhelmed, it’s important that you give his brain a break,” Lerner says.

P is for peekaboo
Playing peekaboo is a great way to teach the idea of “object permanence”–that people and things still exist even when out of sight. Your little one learns that you are still there even when she can’t see your face.

Q is for quiet time
You know when you’re in a noisy room and feel too overwhelmed to think? That’s how a TV on in the background makes babies feel, Dr. Hirsh-Pasek says. “It’s as if their brain is being accosted with sound, making it difficult for them to concentrate on interacting with Mom or to learn about their world.” Let him thrive in peace!

R is for repetition
It can be maddening when your 10-month-old wants to look at the same book with you five times in a row, but repetition is how infants learn. “They tend to repeat behaviors until they feel they’ve mastered them,” says Andrew Garner, M.D., chair of the American Academy of Pediatrics Early Brain and Child Development Leadership Workgroup. “Also, they’re like little scientists. They are trying to figure out how the world works, and they have tremendous joy and pride when they are able to predict what is going to happen next.”

S is for synapses
From birth to age 3, the connections between brain cells, called synapses, grow at a faster rate than at any other time in life. New ones are formed daily. The more each one is used (say, for music or speech), the stronger that part of the brain becomes. Synapses that are rarely used remain weak and are eventually discarded by the brain.

T is for starting tummy time
Your baby should always sleep on her back for safe slumber, but she needs tummy time daily, starting from birth. “Initially, it strengthens the gross motor skills your baby needs to raise her head, roll over, and sit,” Dr. Garner says. But there may be brain benefits as well. “Seeing the world from this perspective could promote spatial awareness, your child’s ability to be aware of her place in relation to other objects or people,” he says

U is for understanding
“Infants as young as 8 months show what we call ‘social referencing.’ They understand how a person is feeling,” Dr. Garner says. When a stranger approaches, your baby will check your facial expression to see if this new person is a friend or foe. If you look concerned or distracted, he will quickly let you know he’s not happy to see this person! But if you look relaxed, he’ll relax too.

V is for verbal language
As you know, chatting with your baby boosts speech. Exposure to verbal language also paves the way for more complicated learning, such as math skills, Dr. Garner says. You don’t have to converse exclusively in goos and gahs: Narrate your day (“I’m taking a shower, then we’re getting groceries”) or talk her through the steps of a recipe you’re making (“Look at all these carrots I need to chop!”).

W is for first words
Most infants can say two or three simple words like “mama” or “dada” at 12 months. By 18 months, their vocabulary should expand to about 50 words. Respond to encourage his speech!

X is for Xs (and Os)
Smooch your sweetie all you want! Kissing, hugging, smiling, and singing are like superfoods for your baby’s brain, Dr. Hirsh-Pasek says. You’re making him feel safe and loved, so he can concentrate on learning.

Y is for you
On average, at about 12 months, babies start pointing to communicate with you. You’re the one your baby turns to for answers and explanations. At first, she’ll point because she wants you to look at what she’s seeing–say, a really big dog. Then she’ll start to point for other reasons, such as to ask questions or make requests. For instance, by pointing to a cookie, she’s asking you if she can have it.

Z is for ZZZs
It’s no surprise that during this period of the most rapid brain growth, infants spend between 12 and 18 hours of every day snoozing. Sleep plays a vital role in learning by giving your baby’s brain the rest it needs to refuel and be efficient.

“Parents have an important role in determining their kid’s nutritional health,” says Rusli. Babies need enough calories, proteins, and nutrients – both in utero and early childhood – for optimal health. Here are some things babies should eat during their first 1,000 days. Iron: “A baby is born with a certain amount of iron. That... 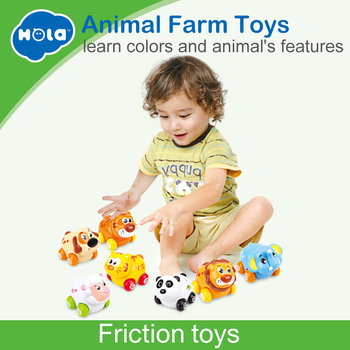 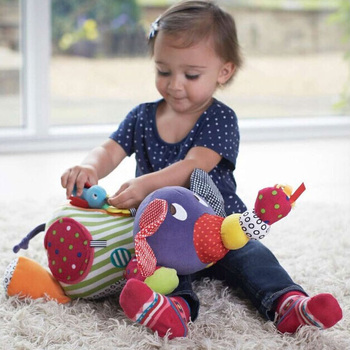 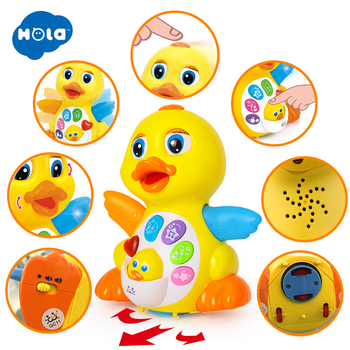 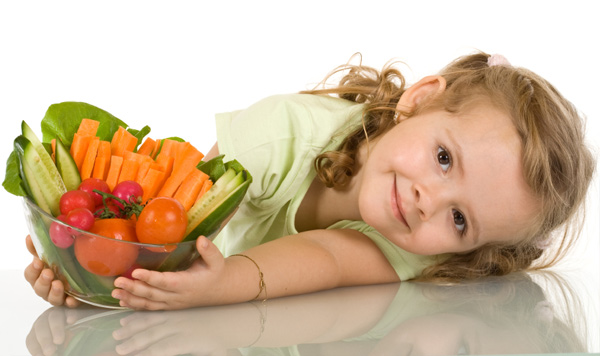 “Parents have an important role in determining their kid’s nutritional health,” says Rusli. Babies need enough calories, proteins, and nutrients – both in utero and early childhood – for optimal health. Here are some things babies should eat during their first 1,000 days. Iron: “A baby is born with a... 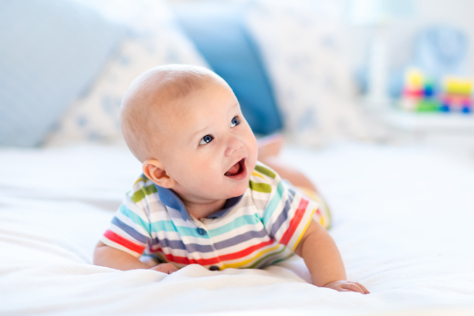 Today, most babies are much more comfy on their back, where they spend their sleeping hours (not to mention time spent in car seats, swings, and bouncy seats). So if your baby seems miserable on his belly, it’s no wonder. Not only is it unfamiliar, it’s physically uncomfortable. It’s hard... 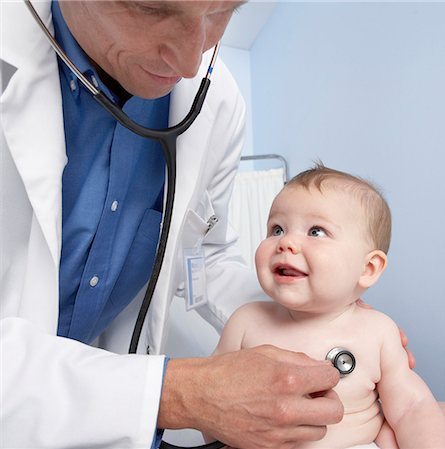 Things you need to know about your baby

Pounds and inches obsess parents of babies. Here, pediatricians give the facts on growth during the first year.